Peep it: As I mentioned in a previous post, Abyss recorded what will be our first LP in late January. The record will be entitled "Heretical Anatomy", is 8 tracks in length, and is the fruition of the concept indicated at on the EXD radio session/live tape, released in 2013 (Obscene Requiem, what what!). We're sitting down this Friday to hammer out what should be the final mix of the recording, and as of right now, no definitive plans on how or who will be releasing it.

Other things we did this winter included a show in January at the Magpie on Dundas with the very mighty FARANG, and forever frostily encrusting ABSOLUT. Oh, and Foto Redux was there, and took some photos(sp). 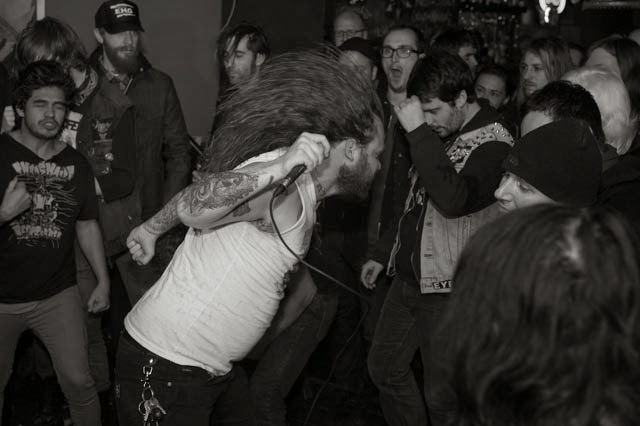 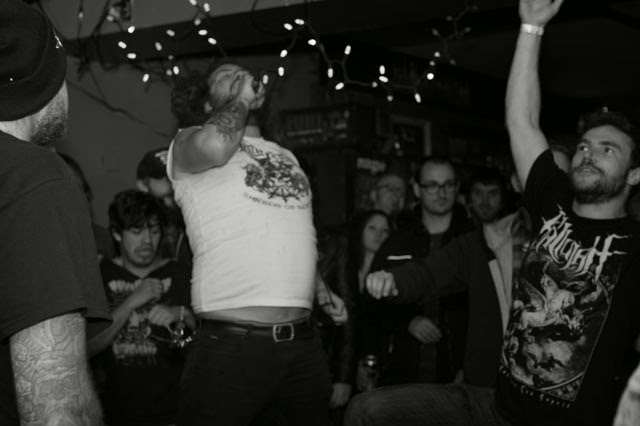 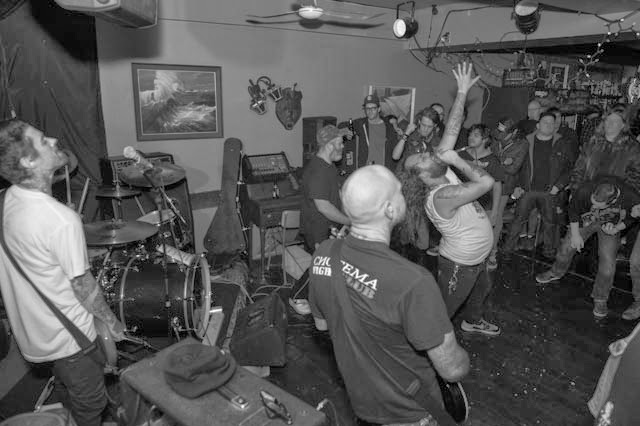 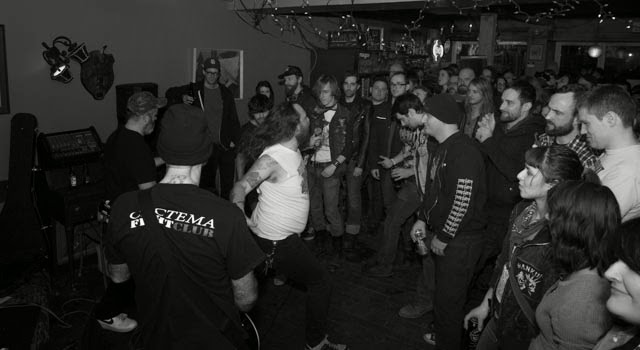 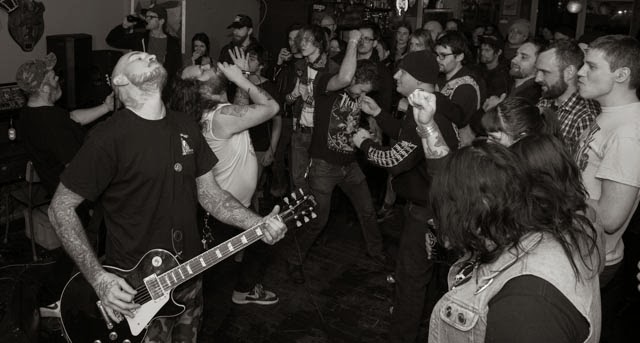 And finally, Abyss will be appearing at RRROOOAAARRR!!! FEST again, this year.  The fest takes place over the weekend of August 1, 2, 3rd, which is the same weekend as another particular festival... that I won't mention. The city is sure to be a cluster fuck, so book your tickets/hotel eaarrrrrllly! Tickets can be bought online here: http://blackdotpresents.com/. 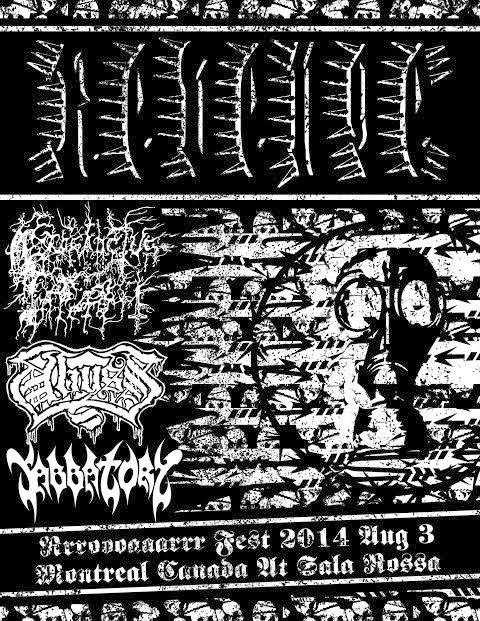 Check back for updates on the recording, and further giggery.  Hvsk on, my friends.