Equalizing Distort is an underground music focused radio show that has been broadcasting on CIUT since the late 90s. The program airs every Sunday night at 10pm, and plays a variety of music with deviant predispositions: from punk, hardcore, grindcore, garage, d-beat, etc. Usually every program has a "Demo Feature" in which it plays a selected band's demo in its entirety - "Accursed Followers" was featured upon its release a couple of years ago.

On occasion, the program additionally schedules bands to come in and record a set live off of the floor at CIUT, followed by interview, to be aired on a Sunday at a later date.  A similar concept to that of the 'Peel Sessions',  EQXD has produced some great recordings - (the SKEW-G recording comes to mind, from way back.) Both Pick Your Side, and Hassler have recently been recorded and aired...

Abyss is scheduled record on Equalizng X Distort on February 5th, this will be aired shortly thereafter. I will be posting details about air dates, etc, as they become available. 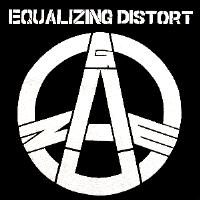 Additionally, we still have plans to record, they have been pushed back into early 2013. We likely will not be playing live until this time again as well.