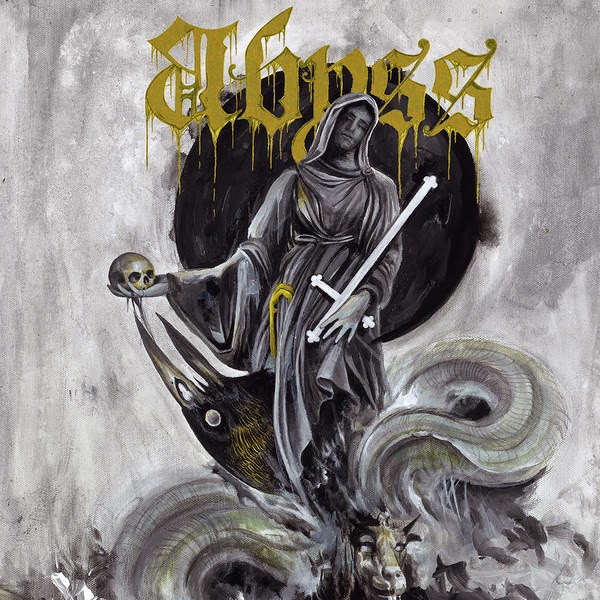 "Hailing from the Toronto sector of the Canadian province of Ontario, ABYSS has locked a deal with Olympia, Washington’s 20 Buck Spin for the release of the faction’s first full-length album, Heretical Anatomy.

Exploding with a tenebrous style of Stygian, grinding death metal, witnessed through two prior demos including The Reins Of Horror via Dark Descent Records, Heretical Anatomy documents the first fully realized glimpse into the dark surging ABYSS. Hideous shapes and bloodthirsty rites of the Old Ones are viciously summoned upon the bones and bowels of the Earth, through eight odes to nameless terrors and protean revulsion mercilessly ripped from the flayed life of the cosmos and dripping with crimson adoration. The frenzied blasting of early American and UK death metal and grindcore, before a distinct separation between the two existed, is a hallmark of Heretical Anatomy, yet the overwhelming speed scattered throughout the album’s duration is expertly applied, never descending into a one dimensional space where only velocity is the basis for existence. Songs are crafted with the care of the elder gods, rigorously refined with a seasoned sophistication, always maintaining a sharply primitive ferocity. Joel Grind of Toxic Holocaust adds his touch to the production, mixing and mastering this malformed death metal and the horror of its Lovecraftian persona.

Heretical Anatomy will arise from the iced realms of Ontario on LP and digital on April 14th, 2015, guaranteed to magnetize those who regularly feast upon the works of Napalm Death, Exhumed, Repulsion, Impaled, Noisem, Terrorizer, Carcass, Axis Of Advance, labelmates Mammoth Grinder, Bone Sickness and more. Severed labs of pre-release audio and more on Heretical Anatomy will permeate the airwaves in the coming weeks, including widespread North American touring announcements. For now, the track listing and album cover art by Toronto based Chris MacDonald have been released.
Heretical Anatomy Track Listing:
1. Heretical Anatomy
2. The Atonement
3. Chained To Extinction
4. Flesh Cult
5. Prophecies Of Churning Horror
6. Atavistic Decay
7. Thrall Of The Elder Gods
8. Nightmares In Skin"